While the central concept in the Standard is architecture description, it was unavoidable that such a document could escape offering a definition of architecture as well.

This page presents the definition and discusses its rationale. For discussion of other terms used in the Standard, see the [conceptual model].

3.2 architecture
⟨system⟩ fundamental concepts or properties of a system in its environment embodied in its elements, relationships, and in the principles of its design and evolution

What follows is a brief exegesis of “architecture” and its definition in the Standard, phrase by phrase.

The term system, in this definition and throughout the Standard, is a placeholder for a long list of things including:

The Standard does not impose any definition of system upon users of the Standard. In addition to the types of systems listed above, the Standard can be used to express the architectures of conceptual systems or natural systems.

An architecture is what is fundamental to a system — not necessarily everything about a system, but the essentials.

The disjunction, concepts or properties, was chosen to support two different philosophies without prejudice. These philosophies are:

Under either philosophy, an architecture is abstract — not an artifact. The Standard uses another term, architecture description, to refer to artifacts used to express and document architectures.

Alas, there is widespread usage of the term “architecture” which confuses the abstract idea with the artifacts capturing that abstraction — particularly in the field of enterprise architecture.

That which is fundamental to a system may take several forms:

Note that principles of its design and evolution may be formulated by an architect, “reverse engineered” from an existing system, or even discovered in nature — depending on the system. While for man-made systems the architecture often reflects an intentional stance, this intention is not part of the definition.

Other definitions of architecture

The Oxford English Dictionary reminds us there are two senses of the term.

architecture: The fundamental organization of a system embodied in its components, their relationships to each other, and to the environment, and the principles guiding its design and evolution.

“Organization” was removed in the revised edition because that term already had a specialized meaning within the ISO context. Components was replaced because that term was frequently misunderstood as referring to software components. For discussion of other changes between the 2000 and 2011 editions of the Standard see [2011 Change Page].

a software architecture is a set of architectural (or, if you will, design) elements that have a particular form. [Perry and Wolf, 1989]

Recent definitions have emphasized architecture as a web of decisions:

An architecture is the set of significant decisions about the organization of a software system, the selection of the structural elements and their interfaces by which the system is composed, together with their behavior as specified in the collaborations among those elements, the composition of these structural and behavioral elements into progressively larger subsystems, and the architectural style that guides this organization — these elements and their interfaces, their collaborations, and their composition [Kruchten, The Rational Unified Process]

Note the use of significant — not all decisions are part of the architecture, but only those that are fundamental.

The IEEE 1471/ISO 42010 definition has been utilized, extended (and sometimes misunderstood) by many others in many forms. For example:

The architecture of anything is:

Enterprise Architecture is the continuous practice of describing the essential elements of a sociotechnical organization, their relationships to each other and to the environment, in order to understand complexity and manage change. [pdf]

TOGAF ignores the distinction between architecture and architecture description, leading to confusions throughout the TOGAF 9 document:TOGAF embraces but does not strictly adhere to ISO/IEC 42010:2007 terminology. In TOGAF, ‘architecture’ has two meanings depending upon the context:

The Software Engineering Institute has collected a large number of definitions of software architecture [SEI page]. 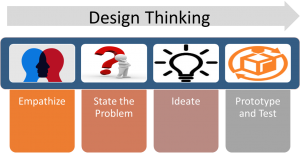